Music, like other mediums, is a conduit of emotion. Singing or dancing along to a favorite song connects you to it, fully immerses you in the music and makes you a part of the experience.  Where your attention is focused – on the melody, the beat, the lyrics, the tempo, the various instruments, etc. – differs by the song, as well as differing by each individual’s own preferences.

Music can certainly affect mood. Certain songs may encourage you to be in a good mood, a “happy place” or even a “sad place” depending on the mood of the song itself and your relationship to it.  For example, listening to Bob Marley’s “Three Little Birds” can lift me from a sad, depressed mood and inspire hope. For me, the upbeat tempo and the lyrics, “Don’t worry about a thing,/’Cause every little thing gonna be all right”  provides positivity. For another person, the same song may not have the same effect.

Specific songs can bring you back emotionally to a prior time and place of hearing the song. Much like a  time machine, the song transports you to a previous time. Songs can connect you to those in your life who are absent, due to distance or death. I personally cannot listen to a Bob Dylan song without thinking of my father, whose favorite musician was Bob Dylan. As my father passed away in November of 2010, this can function in a positive manner or a negative manner. Listening to Dylan music has acted as an agent in my grieving process, both allowing me release through crying and allowing me closeness to my father through memories of times we listened together.

As music and memory are so interconnected, you must be aware of songs that bring up negative memories and emotion for you. I try to refrain from listening to music that produces negative memories (and emotions) in myself, such as songs that my ex-boyfriend frequently listened to. Certainly there are songs that bring up positive memories and emotions as well.  Music can inspire empowerment through lyrics that show triumph and overcoming. It can inspire connectiveness and the feeling that “I am not alone.”  Songs can tell stories, beg you to think about issues and, reversely, invite you to get absorbed in the aesthetics.

In this way, music can be used as a distraction from current unpleasantness or pain. In times of stress or crisis, listening to music can reduce feelings of anxiety and depression. Calm, instrumental pieces can be used in relaxation techniques.  There have been several studies that even suggest  music can improve memory. One such study reports that, “[a]utobiographical recall in patients with dementia improves significantly when music is playing…” (Lancet).

I am, by no means, even close to an expert on music. But I do know this, when I’m having a terrible, stressful day, when nothing seems to be going “right” and I feel myself sinking into depression and anxiety, music helps. As I listen to Andy Grammer’s “Keep Your Head Up”, singing along to the lyrics, it doesn’t solve my problems or make everything better, but in that moment I can focus on the words in the song and I can believe that I’m going to, “turn out fine.” Sometimes a brief moment, such as this, allows me to alter my mood and offers positive thinking an entrance.

Only rainbows after rain
The sun will always come again and
It’s a circle, circling around again
It comes around again

I had my afternoon planned. I was going to find a frame for a picture of my dad from upstairs in my house, I was going to get some schoolwork completed ahead of schedule and I was going to write a blog post here about Triggers. As I was upstairs, looking through a box of frames, one of my cats suddenly screeched, jumped and ran like a bat out of hell over the box of frames and my hand.

My initial feeling was confusion. I didn’t see any reason why she was so suddenly spooked. As I looked down I saw that not only had she scratched my hand to the point of bleeding, but she had scratched the picture of my dad. Three deep scratches entirely through the picture.

You may be thinking, so what?, and not knowing the significance, I wouldn’t blame you. The picture of my dad was actually part of his memorial program from his funeral. I had wanted to frame it so I could look at it daily. As the cuts on my hand began to sting and bleed, I felt angry. And sad. I wanted to scream and yell at my cat. I wanted to throw things. I just didn’t want to feel this way.

Taking a moment to calm down, I took deep breaths and tried to focus. I knew that getting angry and acting on it wouldn’t help the situation. My picture would still be scratched. So would my hand. My cat would still be scared. I decided in that moment to move on. Holding onto any anger would only make things worse. Instead I took another deep breath, sighed heavily out, and went to check on my cat.  She was still quite scared. I still don’t know what scared her but, as my pet, it was my job to calm her down and comfort her.

Coming back down the stairs, still quite a bit frazzled from what happened, I decided to try and see what positive I could find in the situation. I had been running around all morning, doing errands, and was really running on empty. I hadn’t eaten breakfast or lunch. Sure, I was getting things done and being productive, but I wasn’t taking care of myself. I fall into this trap quite often, the trap of taking care of everyone around me and never quite getting to the part where I take care of myself.

So instead of doing all the (very productive) things I had planned for the afternoon, I’m going to make myself some lunch, sit down and eat it, and maybe watch some Sons of Anarchy (such a guilty pleasure!). I can do the other things later on. And I’m not going to feel bad about it. Of course there needs to be a balance in our priorities and what we do, but taking care of ourselves needs to be included in that.

I once heard an analogy that has been labeled the “Oxygen Mask Theory”. It boils down to this:

When you’re on an airplane you’re instructed to put on your own oxygen mask before assisting others in putting on theirs. If you don’t put your own mask on first, you’d likely pass out from lack of oxygen before being able to assist anyone else (your child, your family members, your friends, the guy sitting next to you who can’t figure it out, etc). It makes sense it that context. In day to day life how often to we put the needs of others before the needs of our own?

Yes, everyone matters. And, if you’re like me, you want to help everyone. In anyway you can. But don’t you count as part of “everyone”? Don’t you matter too? On an airplane, putting on your oxygen mask allows you to better help everyone around you. In life, taking time to take care of yourself also allows you to better help everyone around you. This is so important as a parent. Or a social worker. It also serves as an example of what we wish for others to strive to do. 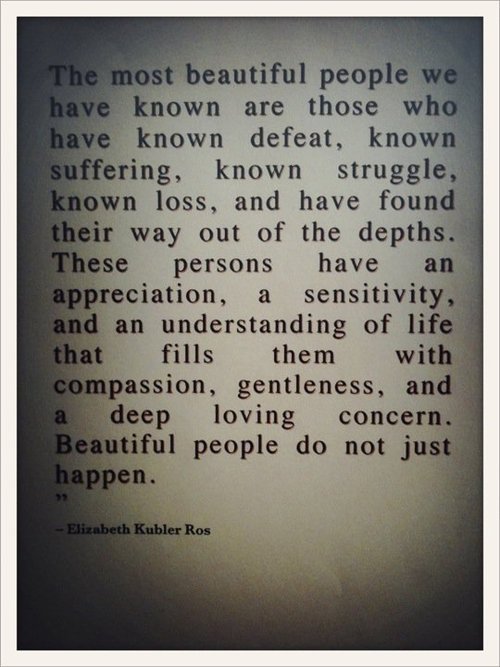 Sometimes there is so much depth to the many feelings, emotions and experiences we have that there aren’t enough words to properly express them. In those times, I find reflecting on a quote, picture, song or image, helpful in expressing meaning. 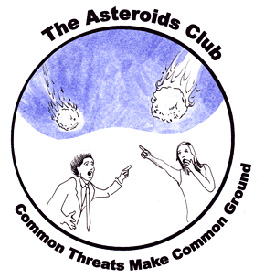