Every Thanksgiving Americans across the nation gather with family and friends. Huge, multiple course feasts are prepared, with all the fixings and favorites. Turkey. Mashed potatoes. Sweet potato pie. Cranberry sauce. Corn. Green bean casserole. Corn bread. And finishing with desert (if we have any room left in our stomachs!). We give thanks and rejoice at the bounty we have before us.

There’s traditions in each family around Thanksgiving. Special dishes of food. Perhaps viewing the Thanksgiving Day parade on TV. Or a football game. These traditions are special to each gathering, to each group of people. We take comfort and joy on this day as we reflect on what we are thankful and grateful for.

This aspect of Thanksgiving, of being mindful and aware of our gratitude, is one I support and enjoy. I have much to be thankful for. However, the myth of Thanksgiving is something I strongly disagree with and that I find upsetting. Especially as it’s taught in our public schools.

I wrote about my disdain on how Columbus Day is perceived and taught earlier this year. I am equally appalled by how Thanksgiving is presented, especially in schools.

My oldest daughter, Z,  is in 2nd grade and for the last three years I have needed to “re-teach” her about Thanksgiving. This year she told me her teacher had read the class a book about the Pilgrims coming to America and how the Indians helped them. She told me about “the first Thanksgiving” where the Pilgrims and the Indians sat down and shared dinner on that day. In 1st grade she shared a similar story with me that she had learned in school. And in Kindergarten, she brought home a photocopied book she had made, the first few pages are shown below. 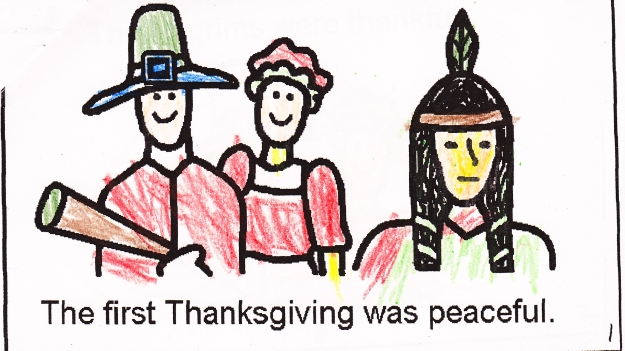 Looks real peaceful. Smiling Pilgrims with a gun and a solemn Native American. 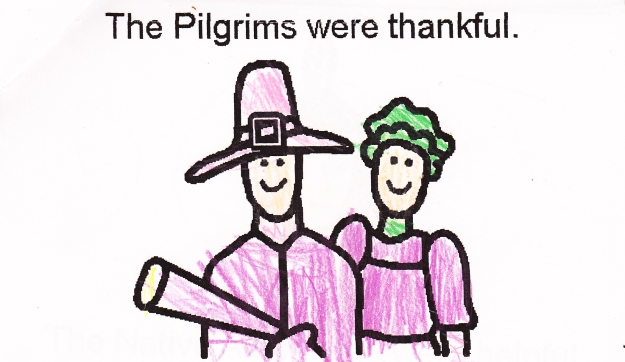 So… what’s so wrong with any of this? Why am I upset over it? Honestly, I’m upset and saddened because what I was taught in school as a child, and what is apparently still being taught to my daughter, isn’t true. When I mentioned to Z this year that what her teacher read the class was a nice story, she defended the story of the first Thanksgiving by telling me that it really happened.

There’s also many omitted details. Such as  in 1637, when the day of Thanksgiving was a celebration of the return of Pilgrim men who had traveled to Mystic, Connecticut and fought against the Pequot tribe resulting in the deaths of 700+ Pequot people. Or of Pilgrims robbing the graves of  the Wampanoag tribe and stealing their food (information that comes from a Pilgrim’s account of the first year). Rather than these events being altered, they are entirely left out.

My dismay over the Thanksgiving story as it is currently presented isn’t solely based on the omissions on how Native Americans were treated. Or the stereotyped construction of Native Americans being primitive and dumb. It isn’t from the way Pilgrims are presented either, as pure models on which to base our selves. My dismay is that we are teaching our children (and adults) that this story is truth. That the story that has been constructed as the first Thanksgiving is history.

Why do we teach false history? If the idea of the thanksgiving tradition is important somehow, then why don’t we frame it as a tradition? Why don’t we frame it as a story? When we frame it as, “this happened” we aren’t teaching our children anything worthwhile. James W. Loewen wrote in his novel Lies My Teacher Told Me that, “The antidote to feel-good history is not feel-bad history but honest and inclusive history. If textbook authors feel compelled to give moral instruction… they could accomplish this by allowing students to learn both the ‘good’ and the ‘bad’ sides of the Pilgrim tale. Conflict would then become part of the story, and students might discover the knowledge they gain has implications for their lives today.” (p 97)

History should allow us to learn from it. It’s my hope to raise two confident, intelligent children with the capacity to critically think and examine what is presented to them. And to be able to decide what is truthful based on their own exploration of such, not blindly believing what they are taught or told. It isn’t only the past history of our nation that we are misinformed on. The events that are currently happening in our nation are often misconstrued, censored and even hidden — by the media, by those in power and by the overwhelming fact that most of us aren’t even aware. Try googling ‘UC Davis Pepper Spray’ or ‘Occupy Wall Street’ and see how aware you are of the events happening right now, in our nation.

This Thanksgiving, I am thankful for the teachers and people in my life who taught me to critically think, to question, to examine and seek out the truth in everything. 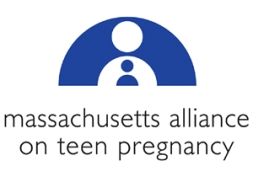